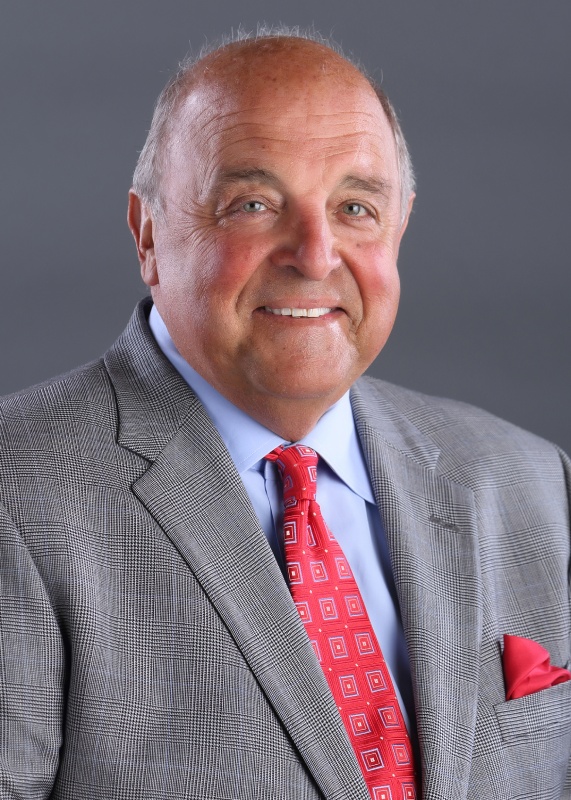 Director of Athletics for the University of Wisconsin - Madison (Retired)

Barry Alvarez concluded his 32nd year at the University of Wisconsin in 2021, including his 18th as Director of Athletics and after serving as head football coach for 16 seasons (1990-2005). Alvarez served as A.D. and football coach from April 1, 2004 to Jan. 2, 2006. Alvarez announced his retirement on April 6, 2021 and concluded his championship career leading the Badgers on June 30, 2021. Learn more about his three decades of excellence.

Wisconsin Athletics has been transformed since Alvarez’s arrival in January of 1990. What was once a department that was in debt and struggling for fan support and to compete in the Big Ten is now a nationally-recognized brand with broad-based success and a legendary following.

At the heart of that revival has been the football program. Prior to 1990, UW had played in a total of six bowl games. In the four seasons before Alvarez took the reins, the Badgers had compiled a 9-36 (.200) record. However, in just his third season in Madison, Alvarez led Wisconsin to the first Rose Bowl victory in school history. Since that season, the football team has played in 26 bowl games (including a Big Ten-best 19 straight) and won six Big Ten titles. Prior to Alvarez’s arrival, the school record for wins in a season was nine, last accomplished in 1901. Since 1993, UW has won at least 10 games 13 times.

Wisconsin has enjoyed remarkable success during Alvarez’s tenure at the head of the athletic department, winning a combined 16 team national titles and 74 conference regular-season or tournament crowns. In 2017-18, he earned Under Armour Athletic Director of the Year honors.

In addition to the sustained success of the football program, which has appeared in six New Year’s Six bowl games since 2010, Wisconsin has experienced consistent success across the board in Alvarez’s 18 years as Director of Athletics. The men’s basketball team has played in 15 NCAA tournaments, including back-to-back Final Fours in 2014 and 2015, and won five Big Ten titles (three regular season and two tournament crowns). Alvarez has been a part of an unprecedented run of success in football and men’s basketball. Since 1993-94, when Wisconsin won its first Rose Bowl Game, the Badgers have made a combined 49 appearances in bowl games (26) and NCAA men’s basketball tournaments (23), the most in the country (Florida and Texas are tied for second with 46 combined appearances). Prior to 1993-94, Wisconsin had played in six bowl games and two NCAA tournaments.

The women’s hockey team has won six NCAA titles and opened a new home, the state of the art LaBahn Arena, in 2012. The volleyball team has made 12 NCAA tournament appearances, advancing to the national title match in 2013 and 2019, and enjoys one of the nation’s best home-court advantages in the newly-refreshed UW Field House. The men’s cross country team has won 14 Big Ten titles, two NCAA championships (2005 and 2011) and opened the country’s top venue, the Zimmer Championship Cross Country Course, in 2009.