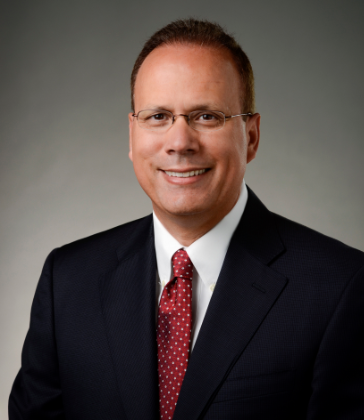 Rolando B. Rodriguez is chairman, president and CEO of Marcus Theatres and executive vice president of The Marcus Corporation.  In addition to leading the performance of the Marcus Theatres division with operations in 17 states, Rodriguez also oversees the corporate-wide real estate and development strategy.

Prior to joining Marcus, Rodriguez was a senior leader with AMC Theatres for 30 years and CEO for Rave Cinemas, where he facilitated a turnaround and sale. He has also served as a vice president and regional general manager for Walmart.

Rodriguez was elected vice chair of the National Association of Theatre Owners and has served in other leadership roles with this global industry organization. He is on the Children’s Wisconsin Board of Directors, where he spearheads the annual Hollywood Movie Night to raise funds. In addition, he served as the Milwaukee United Performing Arts Fund communitywide campaign fundraising co-chair in 2020. Rolando leads multiple Hispanic initiatives, including serving as the inaugural chairman of the newly created Milwaukee Hispanic Collaborative. He combined his passion for film and culture by launching CineLatino, an annual Hispanic Film Festival. Rodriguez earned industry honors (2019), Milwaukee Business Journal Diversity Awards Recipient (2018), Man of the Year by the Motion Picture Club (2015), and Executive of the Year by the Hispanic Professionals of Greater Milwaukee (2014.)

Rodriguez received his bachelor’s degree in business management from Eckerd College and an MBA in the executive fellows program at Rockhurst University.